The whooshing sound of deadlines

Rick is currently under the thumb of some tight deadlines, and probably doesn’t appreciate that Douglas Adams quote right now. We’ll spread the word as soon as our next installment goes live.

In the meantime, if you’re one of our Kickstarter supporters, check our recent updates for some news and preview images. We’ve just finished uploading a whopping 17 GB of PDFs, InDesign files, and hi-res images to the FTP server of our printer, and will keep you posted as we get back the proofs and final versions of our first collection (and supplemental materials)!

Rick wound up correcting a number of pages, and drew some replacement screens from scratch, including this new image to serve as the introduction to Chapter Four:

Hi everyone…Eric here. I forgot to post that we’d be taking a brief hiatus this week while we finish prepping the books to send to the printer, while Greg is traveling to New York Comic Con, while Rick and I are presenting at the Midwest Pop Culture Association Conference in St. Louis….

…Between the three of us, we have no idea what an empty plate looks like!

See you next week!

Right, well… as with so many things recently, my plans have gone awry.

I’d intended to be posting a series of short updates throughout the week as the files finally reached “locked” and ready to be submitted to the printer. That first part didn’t happen, but as I type this, Doc Newsom is putting the final touches on the Annotated Process Book layout, and Rick has completed the last of his adjustments to the cover.

So, with all this in mind, I thought it was time to show you some of what we’ve been up to.

First off, then, a follow up to the title page I posted earlier from the Windsheer Pocket Guide. Here’s the cover of the book; it’s going to be quite small, as we said. Eric Trautmann handled the design on this one, and I think he really knocked it out of the park. Once printed, this is going to be a lovely artifact of our fictional world.

And here’s an example of the interior:

Of note: both Erics had suggested to me separately that, while we’re printing the Annotated Process and the Pocket Guide in black and white, it would be relatively simple to make the digital editions of these books in color.

So be on the look out for that.

Rick coughed up a plethora of design images he’d been sitting on or otherwise hiding. Not all of them will make it into the print version of the Annotated Process book, but we’re considering adding more of them into the digital on that, as well. They’ll include things like this, the first drawing Rick ever did of Sabre (and you can see how much the design changed).

Adrian and Mick at Optimysticals have been toiling in the mines, too, and they’ve sent these two images for us to share with you. The first is of the “Sabre dog tag”:

And here’s a prototype of the keychain:

Now, The Trade Itself

First, some more from Sterling Hershey’s department. If you haven’t seen his proof-of-concept video yet, you should definitely check it out. But right now, I want to share a section of the deck plans:

And finally, there’s this. Rick spent a LONG time working on the dust jacket, and it’s beautiful, and his attention to detail truly shows. I don’t actually want to reveal the FRONT yet, but, as a tease, here’s the back of it:

And That’s Where We Stand

We’ll have more news in the coming week as proofs are corrected and approved, and as we get the delivery dates for the books. And, yes, Rick has finally received his Cintiq, and has promised a video soon. We’re going to hold him to it.

Final note: I’ll be at New York Comic Con from the 10th to the 13th, signing at Image, Oni, and the Splash Art booth, as well as on a Lazarus panel Sunday, and moderating the Thrilling Adventure Hour panel on Saturday. If you’re at the show, please stop by and say hello!

Thanks for your patience, perseverance, and support, and, always,

This was sent out as a backer update, but as has been pointed out to me, some of you contributed via the PayPal store, and thus do not receive the updates!

Files are in final stages of prep. The goal is to get everything in to the printer by the end of the week.

Due to size constraints, the Pocket Guide stretch goal has been revised from “The Pocket Guide to the Sphere by Edwin Windsheer” to something a little more manageable. Basically, there was more content than there were pages. Thus, Mister Windsheer, never one to shy away from making an extra whole, has divided is work into easily-consumable portions. Or, to put it another way, he’s working his way through the Sphere in pieces, starting with the Odom, and more specifically, with Allyria and Fueille.

(And none of that will make the slightest bit of sense to you if you haven’t read the comic yet, but no matter!)

Behold, the title page, layout and design by Eric Trautmann:

More to come later this week…. 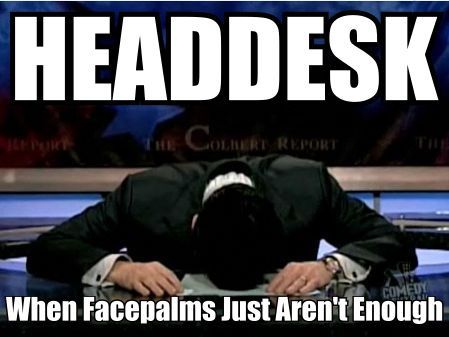 If you’ve been following the updates over at Kickstarter, you’ll be aware of the run of… I don’t want to call it bad luck, especially given the context and state of the world today. Let’s call them “complications.” Nobody’s lost a limb, you know, so… it’s important to keep things in perspective.

You may have noticed that there was no new screen on Monday. This was because Rick could not get us the screen for Monday. Today’s screen is the screen that should’ve gone up on Monday. But this is Thursday. Why is it going up on Thursday, you ask? Because Rick’s computer ate itself with a viral infection, that’s why.

The good news is that this has forced Rick to open up his shiny new iMac that was purchased through your kind auspices as part of the Kickstarter Campaign (Rick 2.0). And today we got word that his Cintiq should be arriving within the next week.

So that only took… two months longer than expected.

If we ever do get an unboxing video, it might well implode.

Rick seems to be back up and running now, and hopefully we’ll be digging out of the schedule morass as we try to finalize the books for the printer in the next two weeks. We’re still on schedule, albeit barely.

Keep your fingers crossed and